Graduating from the Archaeology department of Jilin University, Prof. Liu Bin began to work at Zhejiang Provincial Institute of Archaeology and Cultural Relics in 1985. He is now the director of the institute. He participated in lots of important field projects in this area, such as the excavations of Fanshan and Yaoshan; he also led the excavations of Huiguanshan at Yuhang, Nahebang at Jiaxing and many other Neolithic sites. From 2006-2007, Prof. Liu found the city wall of Liangzhu based on a coring survey project he conducted. Now he is leading the national project about the early civilisation models along the lower Yangzte. His main interests are prehistoric China and prehistoric jades.

As a former Xinhua News reporter, Ms Yu Jingjing has long been interested in the field of culture and education. She has participated in the reporting of archaeological discoveries such as the Liangzhu Ancient City in 2007 and the Large-scale Water Conservancy system in 2016. She is currently the CEO of Hangzhou Uwell Technology Co. Ltd.. Her recent work involves creating "data portraits" of professional competence for scholars and journalists. 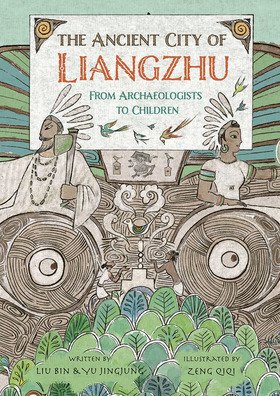 The Ancient City of Liangzhu: Unlocking Its Secret... $14.95Paperback