Sydney-born Robert Costa was always the child who would never really grow up, a school-time daydreamer with a fascination for life and nature who loved to play in the market gardens of his Italian grandparents and on his great uncle’s Aussie sheep farm.

As a teenager, his obsession turned to the sea, and on weekends, he would spend hours in the cold night air of the Pacific Highway, in the back of utes and vans with anyone who would take him out of the city to surf the north coast of NSW. He later studied and became an electrician, placing himself in Sydney’s grey world of industrial construction.

After marrying the lovely Dianne and moving to his beloved north coast at twenty, Robert became a father himself a year later. Fascinated with great kid’s books and stories by people such as Banjo Patterson, he saw his own children loving the ow and beat of a good rhyme, remembering every detail in the lengthy stories.

As a dad and former Sunday school teacher of many years, Robert is inspired by children and their simple love of life. Now in his late fties, Rob pens books himself; books that have a message of love, caring and vision. His timeless and simple stories are intended to help young children hold onto, as long as possible, their most valuable attribute: the child within. 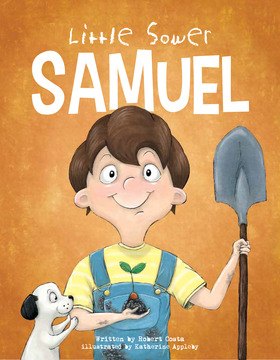