Diana was born in Collarenebri, NSW, on a large sheep and wheat station. She went to boarding school at PLC Pymble from the age of ten. After leaving school she did Mothercraft Nursing, and then travelled to USA and Canada. In 1980 she started work as a receptionist for Vita Glow, a subsidiary of Blackmores Limited. It was here that she gained her passion for the environment and her desire to make a difference. Her hero was Marcus Blackmore’s father, Maurice, who stimulated her interest in the environment, health and wellbeing. She became the Environment Manager for Blackmores and was instrumental in setting up Blackmore’s sponsorship of the Manly Environment Centre, now an internationally recognised organisation in its 25th year.

Diana worked at Blackmores for fifteen years and left to start a business with her husband Jay. It was during this time that Diana decided to take on university study and with Jay’s encouragement she achieved great academic results and was initiated into the Golden Key International Honour Society for high scholastic achievement. She was Runner Up in the Business Women of the Year sponsored by The Sydney Business Review. Jay and Diana’s company has become one of Australia’s largest residential cleaning businesses using only Australian Made environmentally friendly cleaning products.

Her book encourages children everywhere to ‘Be Aware and Take Care’ of the environment and is dedicated to her grandchildren, Sienna, Xander, Felix, Grace and Zane. 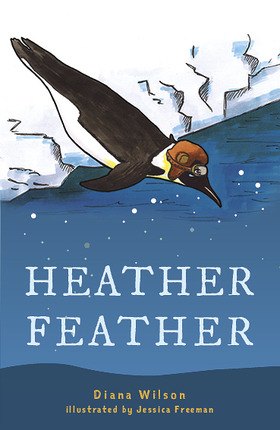